The last days of April, but had not yet occurred to the region of spring. Leaves waterfall to world. Summer leaves rural world at 2000 m above sea level in the heart of the southern slopes of Alborz embedded Lavasanat the. Neighboring the capital and is easily reached in less than an hour to get here.

Waterfall in the world leaves little distance from the village(Almost 2. 5 km) At the bottom of a river valley is full of water in early spring. To the extent that there might be trouble to get a little waterfall and had to be interrupted twice path. Luck was on our side and there was no need to touch the water. Slider tree trunks were placed before us, which launched. 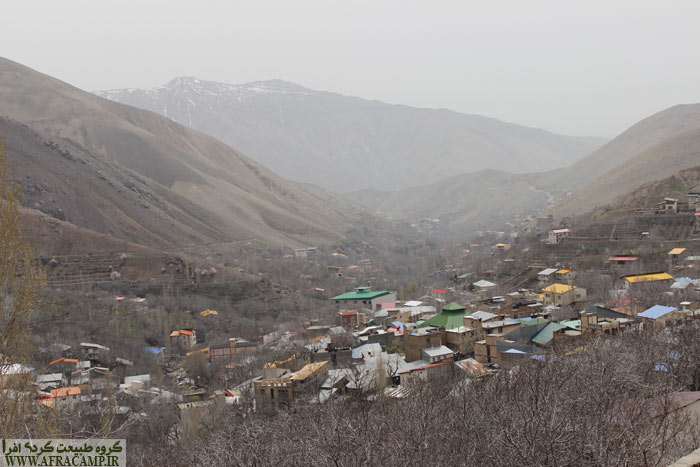 View from the roof of the colorful leaves 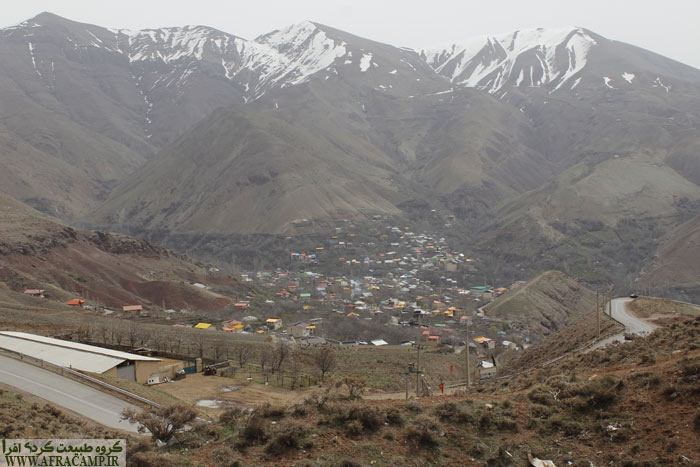 Afjeh that leaves from the bottom of the valley all the way Shvyddr view of the village seen. 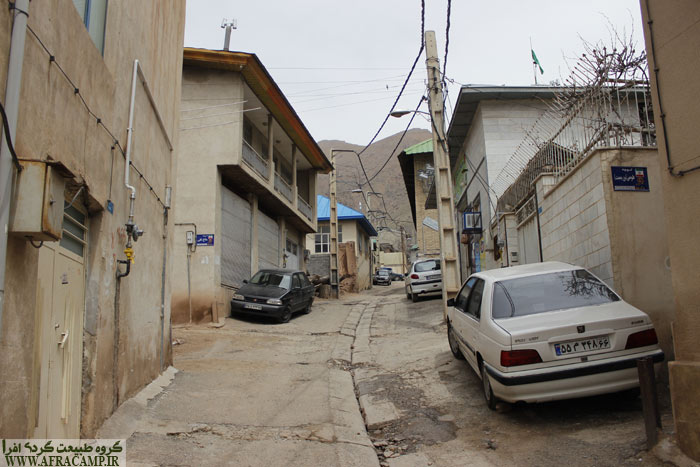 Following the path from the village to take the first waterfall there are two ways. The first way is the way the car goes to the end of the Project on concrete sign next to the track. The second way streets and beautiful gardens with the help of GPS files in the bottom of the page, you'll be able to find it. Only problem there is a fenced garden in part of the route of the fence should be blocked and climbed up on the track with atmospheric water. 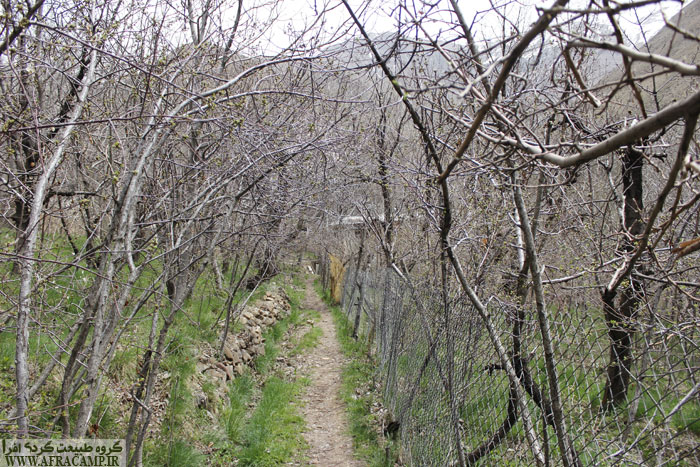 I walk through the garden to the waterfall 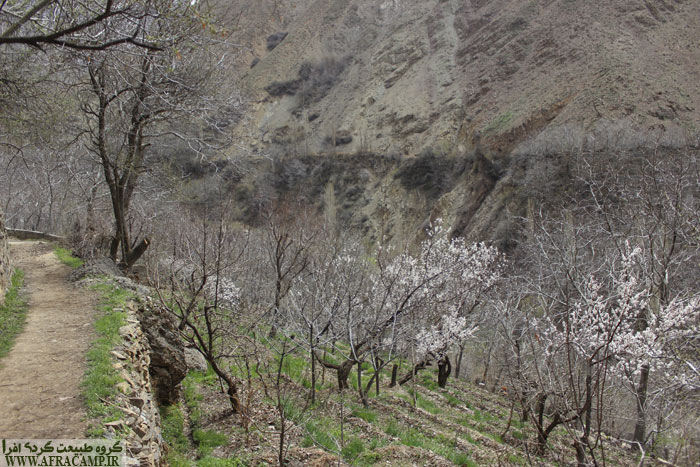 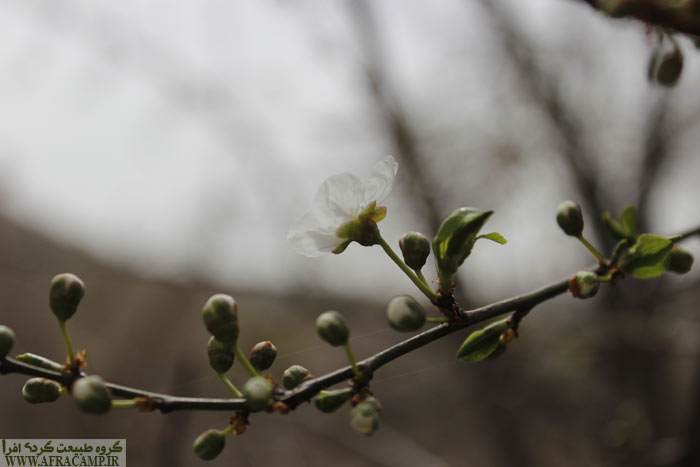 One of the unique nature scenes 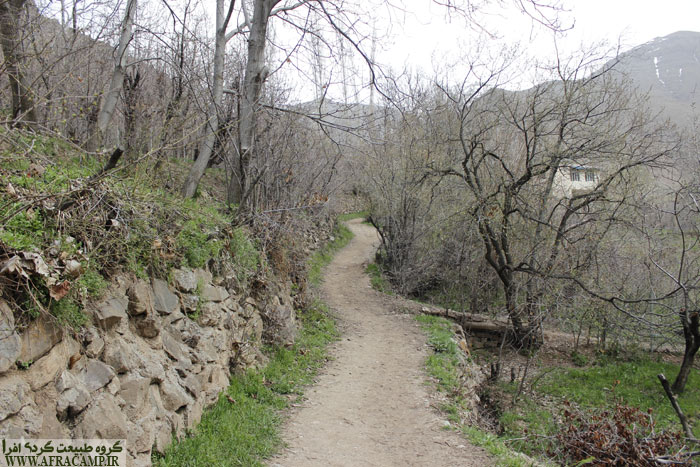 I walk through the garden 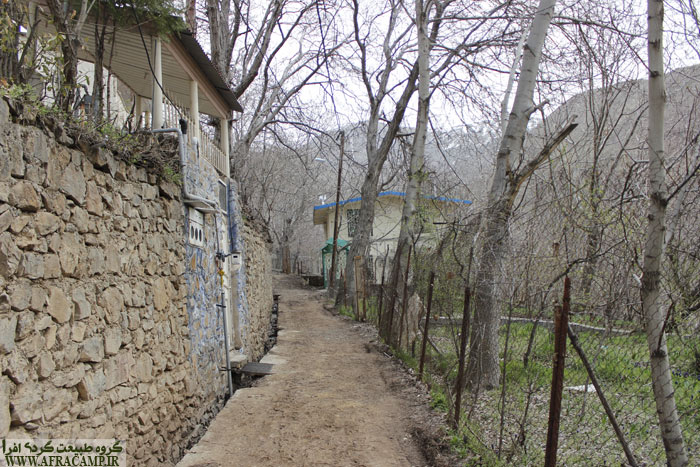 The village is waiting for about an hour walk to the waterfall style. 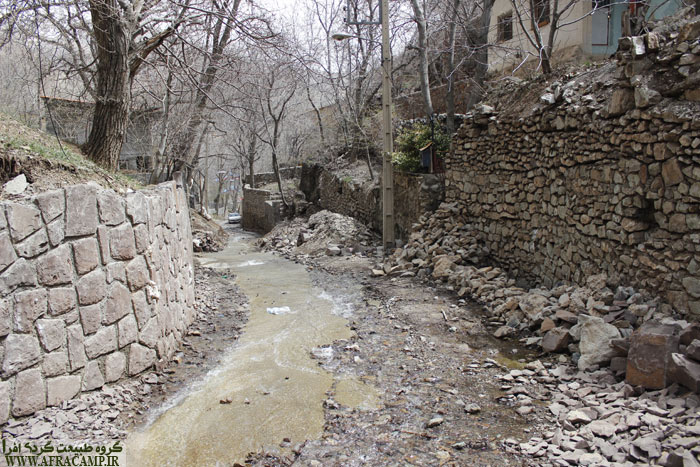 Here is a river, upstream of one of the alleys of the village that has been the case in the spring waterways. 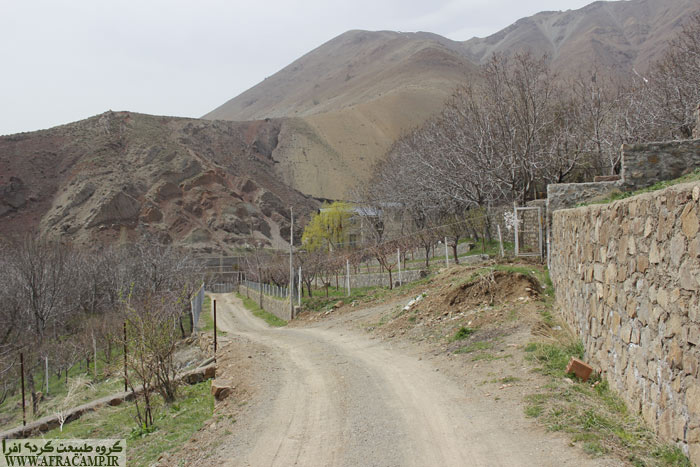 Dirt road to the village goes from there Atmospheric cement path to the waterfall should be adopted.

As the track continued to have reached a crossroads in both the current river. Valley right direction that should be taken. It moves over the river and along the. Project path is clear. This goes a little further than the low water cut and a little later the waterfall is waiting for you. در فصل کم آبی عبور از آب ها اصلا حس نمی شود ولی در فروردین بایستی احتیاط کرد چون آب بسیار تند و زیاد است و فقط از دو نقطه می توان گذر کرد. 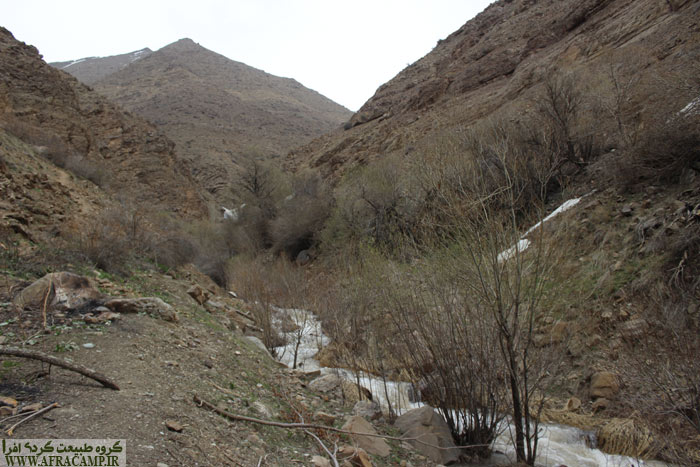 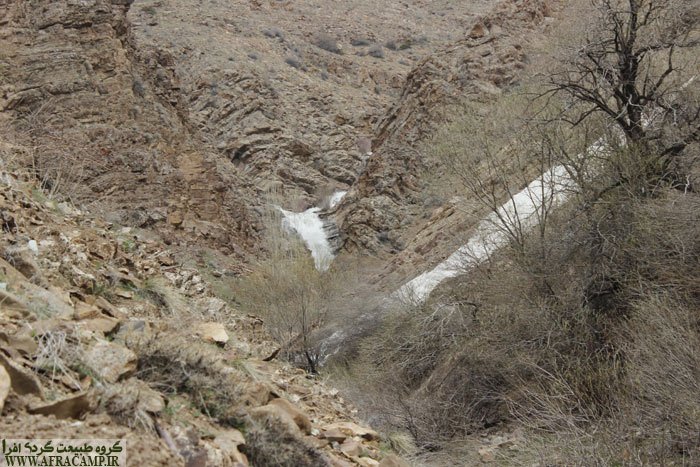 Waterfall in the Valley 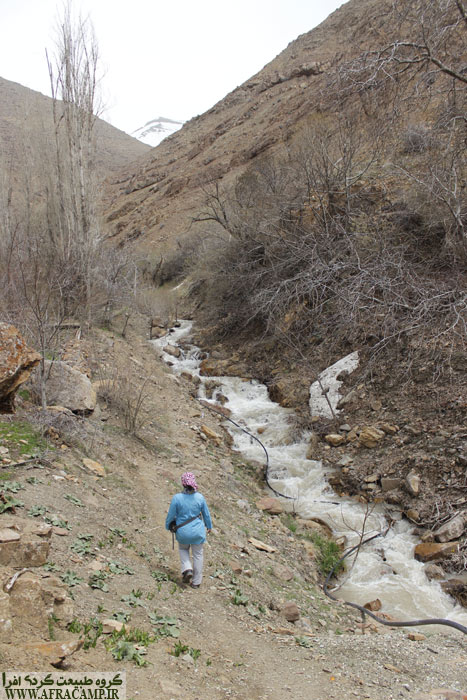 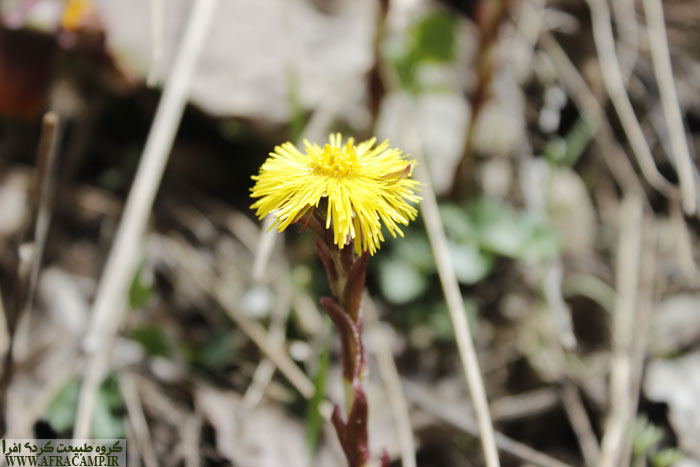 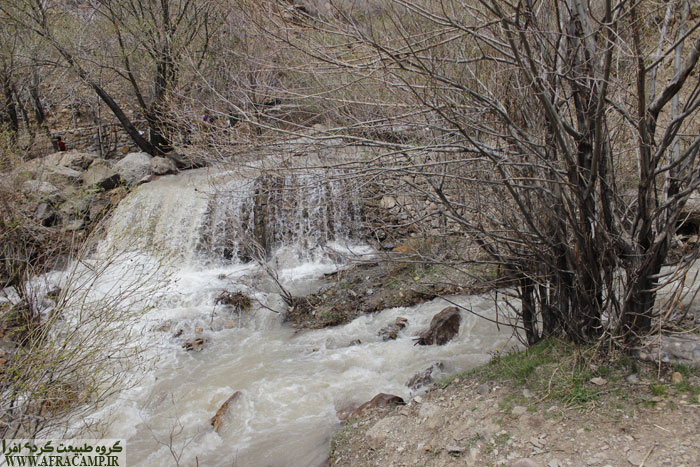 This point is in the middle. Where two rivers come together. To reach the waterfall valley should have the right to be. 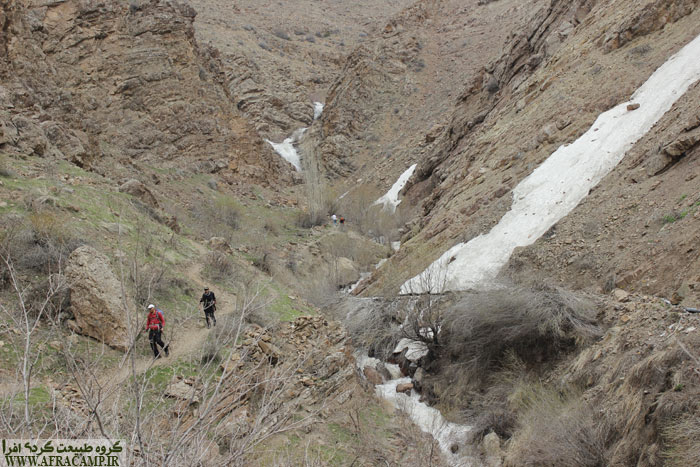 Melting snow, the river has Safai. 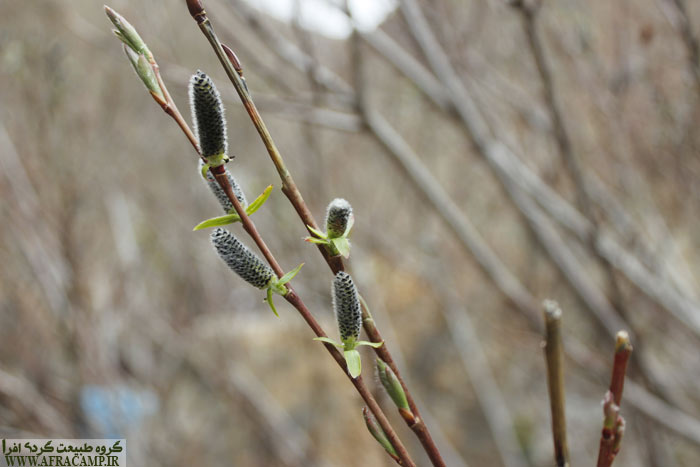 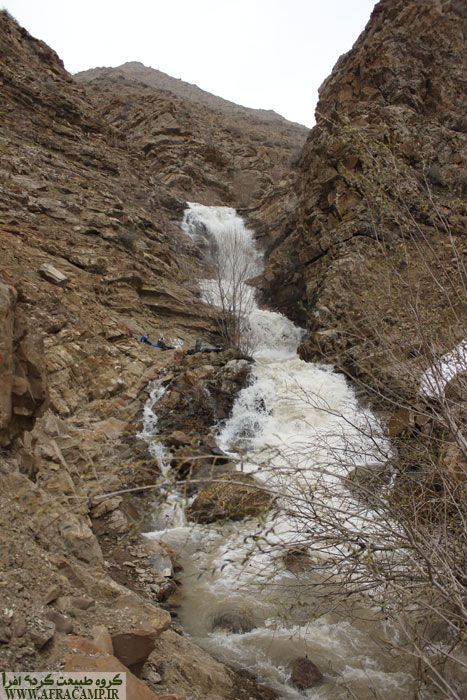 And finally leaves the roaring waterfall. Early spring is the spectacular waterfall. 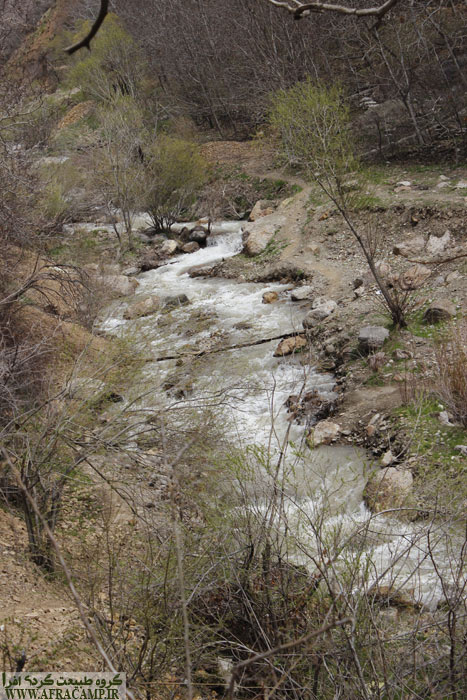 Path leading to the waterfall

To learn the track and geographic location in the GPS files Donate Consider.